On the back window of our family’s car was a sticker that read, “We are an Air Force Family.” That sticker would have been more to the point by simply stating, “Our bags are packed”! From Georgia to California to Alaska then Florida; over the Atlantic Ocean to England, back to America and the state of New Mexico; over the 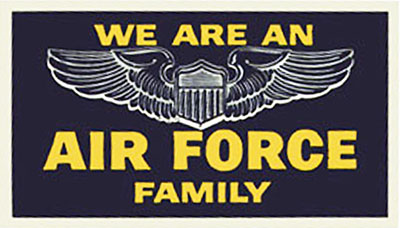 Atlantic Ocean again to Germany and finally landing in North Carolina. By the time I was seven years old, I had traveled over 22,000 miles and lived in three countries. My brothers and sisters used to tell me, “You can’t be President of the United States, because you were born in England.” This could be staggering news, but for me, it really didn’t matter – as a seven-year-old I had very little idea what a president was or where the United States are.

In high school I had grown long hair, I wore jeans and constantly drew pictures of rockets and planes – drawing was the only thing that probably made my high school experience unique. Other than drawing, I was just like most other teenagers; I was preoccupied with trying to understand concepts like: teacher, parent, and peer relationships; fantasy, reality, and idealistic moralities; logical, plausible, and abstract thought. (Sounds pretty heady, but the truth is: raging hormones and reading Siddhartha by Hermann Hesse and Tolkien’s Lord of the Rings would yield the same result in almost anyone.) 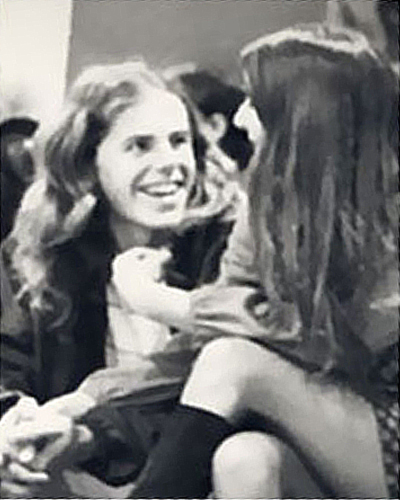 My first experience away from home was art school. By my outward appearance, no change was noticeable; I still had long hair and wore jeans. However, inwardly my interest for learning in a classroom environment had changed; I was actually encouraged to draw in school! The art school experience did seem a bit overwhelming at the time, each course seemed to grip my imagination and I knew there would not be enough of me to fully explore every possibility, so I steered my efforts through four favorable art courses: figure art, letter art, composition, and perspective.

During art school I also had time to formulate a theory, “There is a direct relationship between new experiences and new environments”. To prove my theory the next few years were spent in many new environments. The U.S. Army guaranteed it. The Army’s only requirements were: (1) you could sign your own name, (2) you possessed a healthy breathing body, and (3) you knew how to sit in a barber chair. Contrary to popular belief, the Army experience was very rewarding. I was instructed in many useful lessons in which I still rely upon: uniform and conform are useful team constructs; knowing your left from right is important (it didn’t seem important before), and above all – safety first.

With an honorable discharge, the GI bill, some financial aid, the work-study program, and what seemed like an act of Congress, I attended college. The work-study program attached me to the Drama Department for scenery work and prop construction. I was comfortable with this arrangement on the condition I didn’t have to act on stage. “Stage fright” is a condition I experienced in high school and I was not interested in reliving the experience. Although my studies did include an art class, the bulk of my studies were detoured through more traditional college subjects; figurative and literal English; cause and effect science; supply and demand economics.

After college, I felt I had enough evidence to prove my former theory was correct, “there is a direct relationship between new experiences and new environments.” The more one travels, the more faceted one’s experience becomes. However, there was one hitch to my theory’s resolution – my career path lacked continuity. So with an ink pen in hand I made a list, I took inventory of my creative skills and career desires, I considered the logical, plausible, and the abstract; I crossed “President of the United States” off my list and began a career in the communication arts industry.