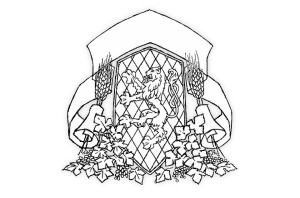 The inspiration for this sketch was a (beer and wine) client who was going to celebrate their anniversary with an Octoberfest event. 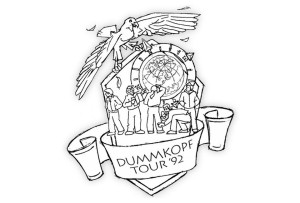 I visited Europe with some friends who liked playing jokes, so I decided to commemorate the journey with artwork. 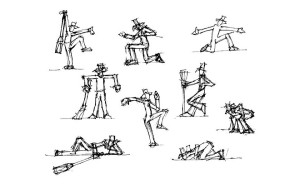 Hayseed is a scarecrow character I explored; the character (and a heckling black crow) were intended as spokesmen for a non-profit Nature Center. 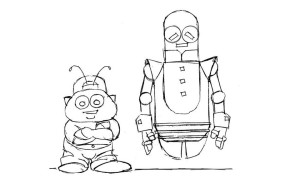 These characters were used in a pitch that proposed a duo of roving theme park entertainment.

A study sketch I created early on in Asheville, NC; another version of this sketch was used as on cover of a city map and guide. 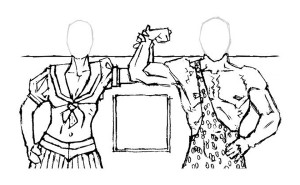 I illustrated this body board for a fitness center to use during a street festival. 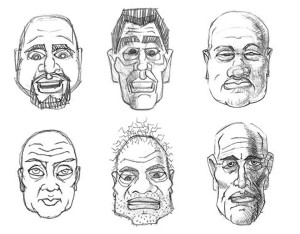 These are more “office doodles” than sketches that I created these during Monday morning meetings, so that is why it looks like a rouges gallery of faces. 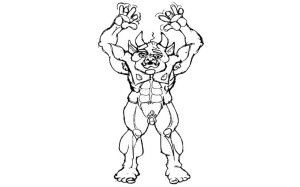 This art was an attempt at making a humorous impression on a girl that I fancied. 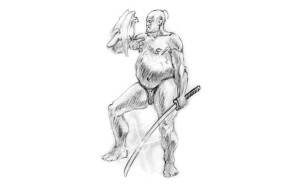 After reading the novel “Shogun” (historical fiction about 16th Century Japan) I spent some time creating a few concept drawings; this one is my favorite.