Limited tickets sales event: two hundred and fifty tickets; price: $60 per; for a three hour train ride with “all you can drink beer” from ten craft brewers! This event was conceived and produced by Barley’s owners, their first promotional effort, and to their credit – well planned. Oh wait, one hitch – no entertainment . For my part, the ad copy nearly wrote itself (see newspaper ad below); when I considered the main graphic, I decided the nostalgia of a train ride with the promise of some twilight adventure was the ticket. The event was a sell-out; I got some “comp” tickets, and then talked some “old-time” musician friends into making the ride a little merrier. 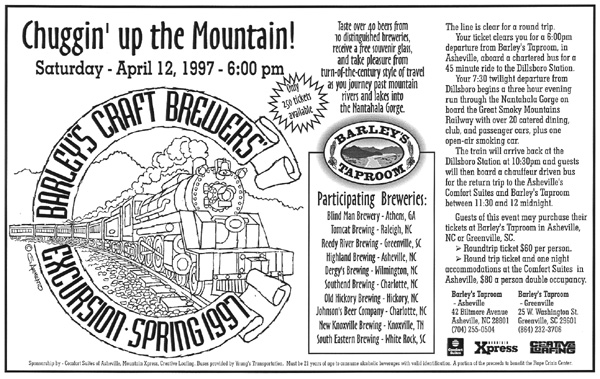